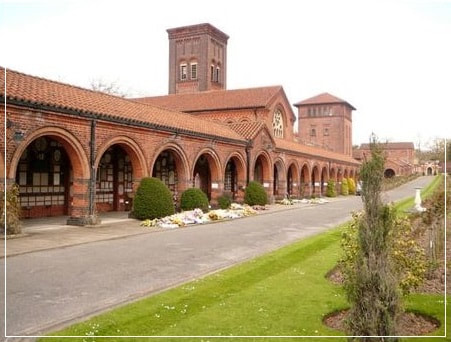 MarcoMonroe - Find A Grave
Flight Magazine 9-1-1919
Capt. Evelyn Wilson Ffrench, R.A., R.A.F. who was killed on December 23rd while flying near Hounslow, was the only son of the late Acheson Evelyn Ffrench, of Oakhurst, New South Wales and of Mrs. Ffrench, 30 Lexham Gardens, W.
Ruth Eveline DARBYSHIRE
Died: 7th March 1946 at 53 Park Farm road, Bromley, Kent, England
Cremated 11th March 1946, Golders Green
Amongst those whose name recently appeared on the Royal British Honours list is Miss Ruth E. Darbyshire, principal matron of the 2nd London General
Hospital, Chelsea, SW. She received the Royal Red Cross, First Class. This is the highest nursing distinction, and one much coveted The recipient will have to   go to an investiture at Buckingham Palace to receive it. In a letter to her mother Miss Darbyshire says she hopes to see many notable people receiving their honours on the same occasion The ribbon is blue with a red edge, and tied in a bow. The cross itself is red enamel. This  honour is of special interest to Queensland, because Miss Darbyshire lived in Queensland for 10 years. Her father and mother (formerly residents of Galloway's Hill, Norman Park) have recently gone to live at Manly. One brother still resides in the Norman Park district. Her other brother is Mr. Taylor Darbyshire, who was a member of the "Courier" staff for many years. Miss Darbyshire received her first training as a nurse under Miss Tibbits, at Adelaide, but afterwards was trained in St. Thomas's Hospital, where she became sister in the operating theatre and sister-in-charge of the isolation block. She was matron of the Derbyshire Royal Infirmary, Derby, for six years.
Brisbane Courier 5th August 1916

While Australia's soldiers have been upholding the honour of their country on the battlefield, an Australian nurse has been adding to the laurels this country has won throughout the war. News has been received in Melbourne that Miss Ruth E. Darbyshire has been awarded the Royal Red Cross, first class - the highest honour that can be conferred upon a nurse. The investiture was carried out by his Majesty the King at Buckingham Palace in the presence of a distinguished company. Miss Darbyshire went to London from Australia shortly after the commencement of the Boer war and rapidly made her way in the nursing profession. For six years she was Matron of the Derbyshire Royal Infirmary, Derby, and now holds the unique position of being Matron of St. Marys' Hospital, Paddington, W., and principal matron of the second London General military hospital, Chelsea, S.W. The ceremony of investiture by the King received a good deal of publicity in the London Newspapers, special mention being made of the fact of Miss Darbyshire being an Australian.
Kalgoorlie Western Argus 5th September 1916

We regret to report the death on March 7th, of Miss Ruth E. Darbyshire, C.B.E., R.R.C. who has a long nursing career. Trained at Wakefield Street hospital, Adelaide, South Australia and St. Thomas' Hospital, London, she had held the following important positions: Matron of the Royal Infirmary, Darby; Matron of St Mary's Hospital, London; Matron Territorial Army Nursing Service; Chief Lady Superintendant; Lady Minto's Indian Nursing Association. Her association with the British Red Cross Society and Order of St. John of Jerusalem of which she was Matron in Chief from March 1940 to September 1943, was deeply appreciated. In 1942 she was created a C.B.E.. She received the decorations of Royal Red Cross (1st class) and the Kaisar-i-Hind Medal (first class). She was a Lady Grace of the Order of St John of Jerusalem.
The funeral took place on March 11 at Golders Green Crematorium, when the service was conducted by the Rev H.C.T. Hose in the presence of members of her family and colleagues with whom she had been associated throughout her nursing career.
The British Journal of Nursing, March 1946
World War 1 Victoria Cross Recipient Keysor was born at Maida Vale, London and in 1904 at age 19 he immigrated to Canada. Ten years later, in May 1914 he arrived in Australia where his sister lived and took work as a clerk. On August 18 he enlisted in the Australian Imperial Force and was allotted service number 958 and became an original member of the 1st Australian Infantry Battalion. He embarked from Sydney, New South Wales, on board HMAT Afric A19 on October 18. The transport arrived at King George's Sound at the tip of Western Australia where it joined the convoy of 38 transports to Egypt. After training in Egypt, Keysor landed with his battalion at Gallipoli on April 25, 1915 and was promoted lance corporal on June 20. The Australians seized the Turkish trenches at Lone Pine on the evening of August 6 and for the next three days the Turks retaliated with bayonets and grenades in bitter fighting. On August 7, he picked up two live grenades and threw them back at the enemy at great risk to his own life, and continued throwing grenades, although himself wounded, thereby saving a portion of the trench which it was most important to hold. On August 8, Keysor successfully bombed the enemy out of a position, from which a temporary mastery over his own trench had been obtained, and was again wounded. Although marked for hospital he declined to leave, and volunteered to throw grenades for another company which had lost its grenade throwers. He continued to throw grenades until the situation was relieved. He was evacuated to Mudos and then England where on January 16, 1916 at Buckingham Palace, King George V presented him with the Victoria Cross for his bravery at Lone Pine. He rejoined his battalion in France in March and took part in the fighting on the Somme in July and August. He transferred to the 42nd Battalion on November 17, was promoted sergeant on December 1 and second lieutenant on January 13, 1917. On July 28, he was promoted lieutenant. He was twice wounded in 1918 on March 27 at Méricourt-Sailly-Le-Sec and May 26 at Villers-Bretonneux. In August he joined a number of Victoria Cross recipients who were being sent home to Australia for leave and to help in recruiting. He was one of ten recipients who sailed on HMAT Medic that reached Melbourne in October. Four weeks later the Armistice was signed and he was discharged on December 12. He returned to England in 1920 and entered business in London. On July 8, he married Gladys Benjamin at the Hill Street Synagogue. He died in London of cancer on October 12, 1951, survived by his wife and daughter, and was cremated after a memorial service at the Liberal Jewish Synagogue, St John's Wood. The Australian War Memorial, Canberra holds his Victoria Cross medals group.                                   Bio by: Anthony Staunton