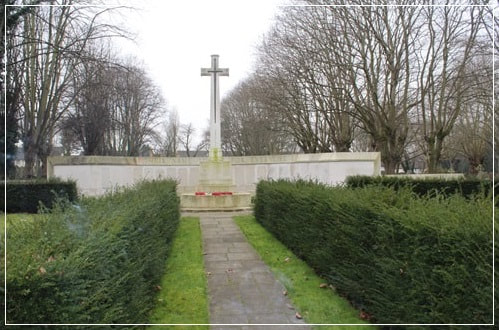 Cemetery View: Geoffrey Gillon
Panel Photos - Julia & Keld
Tottenham Cemetery contains burials of both wars. Most of the 293 First World War graves are in a plot on the western side of the cemetery, backed by a Screen Wall bearing the names of those buried both there and elsewhere in the cemetery, whose graves could not be individually marked. There are 212 burials of the Second World War, mostly scattered, but 30 graves form a small plot facing the First World War plot. Again, some graves could not be individually marked and these casualties are commemorated on supplementary panels to the Screen Wall.